Art Blog: Back In Madrid 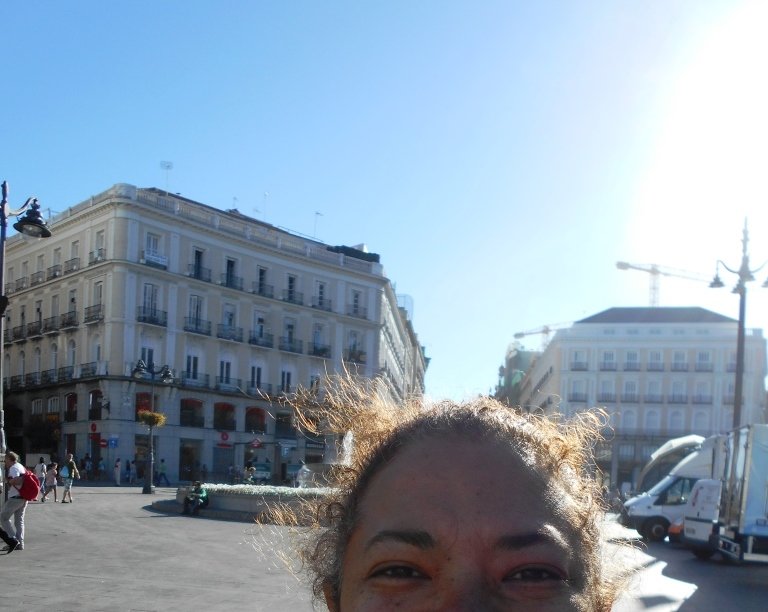 Already it is 1030 pm on Wednesday, and in three days I’ll be home, in my bed, under my covers, waiting for the rain to lull me to sleep. In the meantime, this knockabout artist has to use wisely all her remaining time in Madrid.

A few years ago, I wrote a short paper on the establishment of Saint George’s as a thriving cultural centre, in a manner similar to that of Bilbao in northern Spain. As I was to be in Spain at the end of my art camp, I scheduled a bus trip to see for myself the extent of the Bilbao effect since the opening of the Guggenheim Museum there in 1997. But my long days and not long enough nights have caught up with me, and the thought of a 5 hour bus ride up and another 5 hours back, was just too much to manage. Fly, you say? I can go halfway across Europe for that money. But next time I am up this side, a visit to Bilbao will be priority. More on the Bilbao-Guggenheim saga here http://www.economist.com/news/special-report/21591708-if-you-build-it-will-they-come-bilbao-effect.

Yesterday and today, I walked up and down many alley-streets looking for things that either remind me of Grenada, or for ideas that, in my most humble opinion, can work in Grenada. Eh, I could be a minister of planning, the way I see Saint George’s in my mind. Of course today, while I am doing that, stopping and blocking people so I can take photos, mumbling to myself, I suddenly emerge from mottled sunshine into the hot hot of a large plaza, aptly named La Puerta del Sol, the gate of the sun, and the sun is coming through said gate beating me over the head with its rays. Sunglasses? Where are my sunglasses? Oh yes, they are in my bag… somewhere between Barcelona and Madrid, via Tokyo. Nutz. What to do? Get out of the sun. Find solace in nearest place with food. Charged with a typical Madrilean breakfast of churros and hot chocolate, it was onwards with my journey of discovery. I have noticed in Madrid and in those other places I have been, several ideas that can work, with some tweaking, in Grenada, well at least in Saint George’s. From Madrid, here goes: dog-resistant garbage cans; bolsters to separate same level pavement from roadway (so no raised pavements, no broken/twisted ankles); overhead permanent sunshades in busy pedestrian shopping areas; artistic street signage – especially important if the streets are named after people; cobblestone/flagstone streets, which I took note that the young ladies in high high heels manage to walk on with confidence. In almost every sunswept plaza or open air eatery, there were ingenious misters – fine water mist sprayed from fans, to cool the areas where people were dining. I’ll try for a photo…as far as I know, no one in Grenada has them, perhaps we don’t need them? My discoveries documented, I mustered the courage to pay my money and go to the Prado. I could’ve waited until 6pm for the free entry until closing at 8pm, but when I left the museum at 530pm, the lines were long long stretching around the corner and down the pavement. I was so glad I went in before all that crowd. The permanent collection is scattered across three floors and several chockablock rooms. I had a map and a pen, and a bottle of water, so I was ready to take on the Prado. I checked off each room on the map as I went through, and made notes on artworks that interested me. I got as close as I dared to several of the paintings, to see the brushstrokes and how the artist handled light on fabric and so on. On the Equestrian Portrait of Philip IV by Diego Velázquez, I noticed that the rear legs of the horses were repositioned and roughly repainted, and the shadow the rough repainting created, made the horses seem in motion. I took off my glasses to double check I was not hallucinating, having skipped lunch. I was not. See Wikipedia photo here http://en.wikipedia.org/wiki/Equestrian_Portrait_of_Philip_IV#mediaviewer/File:69_Vel{7be53c347edc93dd53d32315dd5e13accfceff0591d7e48b64940a69993424f5}C3{7be53c347edc93dd53d32315dd5e13accfceff0591d7e48b64940a69993424f5}A1zquez_-_Felipe_IV_(Museo_del_Prado,_1634-35).jpg.

I mumbled a small collection of bad words about the stress the teenage me underwent during secondary school art classes, perfect painting mandatory, no painting outside the lines please, or marks off. Double nutz. Clearly, my teachers had never seen the works of several artists who painted wherever and however the hell they wanted, to achieve the atmosphere and expression they desired. I know I did not have the possibility of doing so in the late 70s early 80s, because if I did, my paintings would be a lot further along. I mean, if it worked for Juan Gris, for Velázquez, for Picasso… think of what I coud’ve achieved with access to such expression.

No time for whining, take this as a life plot twist and move on. I also finally went to see the temporary exhibit of the works of El Greco and his influence on modern painting. The Prado apparently staged his first exhibit in 1902. No photos were allowed, and only a certain number of people were allowed in at 30-45 minute intervals. There was room to actually stand back and look at the works. In the same space as El Greco, were Picasso, Pollock, Delaunay, Modigliani, Rivera, Sura, Soutine, Masson, Manet and Cezanne. I am sure I forgot one or two. The more surprising ones to me were the Pollocks (no drips) and the Masson. I was humbled to be standing in the same space where great artists – many whose works I admire – once stood. With luck, some of their spirit has touched me. A side note: before I left for the Prado museum, my bag turned up. I have not checked its contents, but I gave it a good talking to, and left it in the corner of the dorm until I am good and ready. More tomorrow.