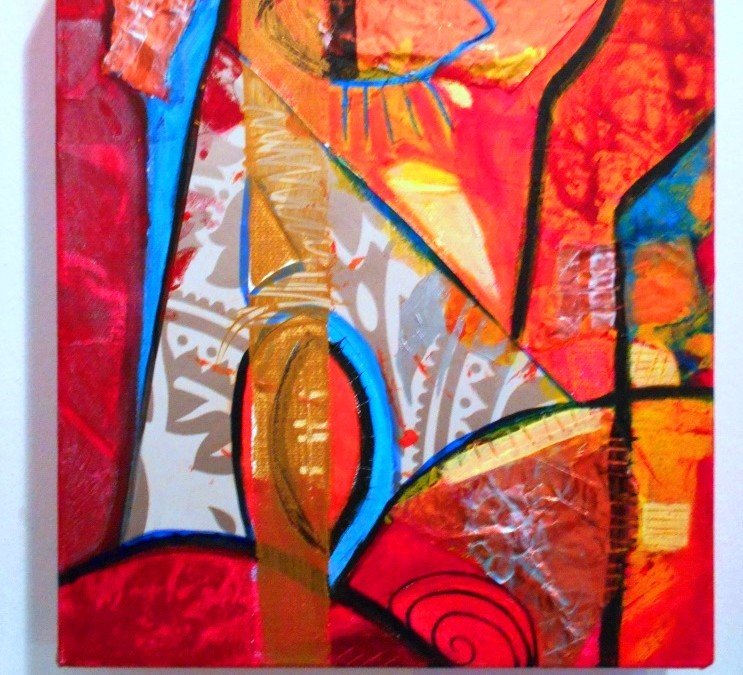 This is a series long overdue. In 2012, I spent 10 weeks in the UK, most of that time huddled in the National Archives, the London Metropolitan Archives and the British Library. I even spent some time in the National Libraries in Glasgow and Edinburgh. All this effort was to gather information on Grenada that I could reproduce in a series of artworks. Call me crazy.

History was not my favourite subject in school, possibly because we were taught or made to cram history we could not identify with in an immediate sense. We needed less (and still need less) of Columbus naming islands as he sailed past, and more in the way of The Discovery Channel’s ‘How It’s Made’ series and similar documentaries connecting history to everyday items and current human interaction, in a local context.

Within four and a half days, I created Past Present, a series of works to coincide with the UK observance of Black History month. Given that Grenada is a former colony, and given the current chatter about reparations, painting in London my contribution to the ‘R conversation’ between a former colony and the Empire, was an appropriate launching point for my first public showing of work in London.

The 19 canvasses of Past Present were created using some materials gathered here and some I brought with me. Fragments of silver embossed damask wallpaper (indicative of the colonial aristocracy) were placed next to fragments of copper-sheets in which had been wrapped our delicious organic Grenadian chocolate (indicative of our agricultural wealth, as well as the ‘coppers’ the large metal cauldrons used on the plantations.) These were superimposed on layers of acrylic paint in a stereotypical brilliant Caribbean palette. A strip of old gold crossing a third of each canvas referenced the bulk of the wealth exported from these estates during this time.

A is for John Julius Angerstein, whose personal art collection founded the National Gallery, Trafalgar Square.

This one titled A is for John Julius Angerstein, whose personal art collection founded the National Gallery, Trafalgar Square. Angerstein derived substantial income from estates in Grenada. I found that and more during my 10 week delve into Grenada-UK history.

Each canvas references a place in Grenada named during the plantation era for and/or after a person or place in the UK. The completed project should include at least another 50 canvasses, even though there are 127 estates listed in the 1829 publication by F W N Bayley, The Island Bagatelle – containing political enigmas on the estates in each parish of the island of Grenada. This book is one of the treasures I discovered in 2012 at the British Library.

Past Present – the R conversation (3)