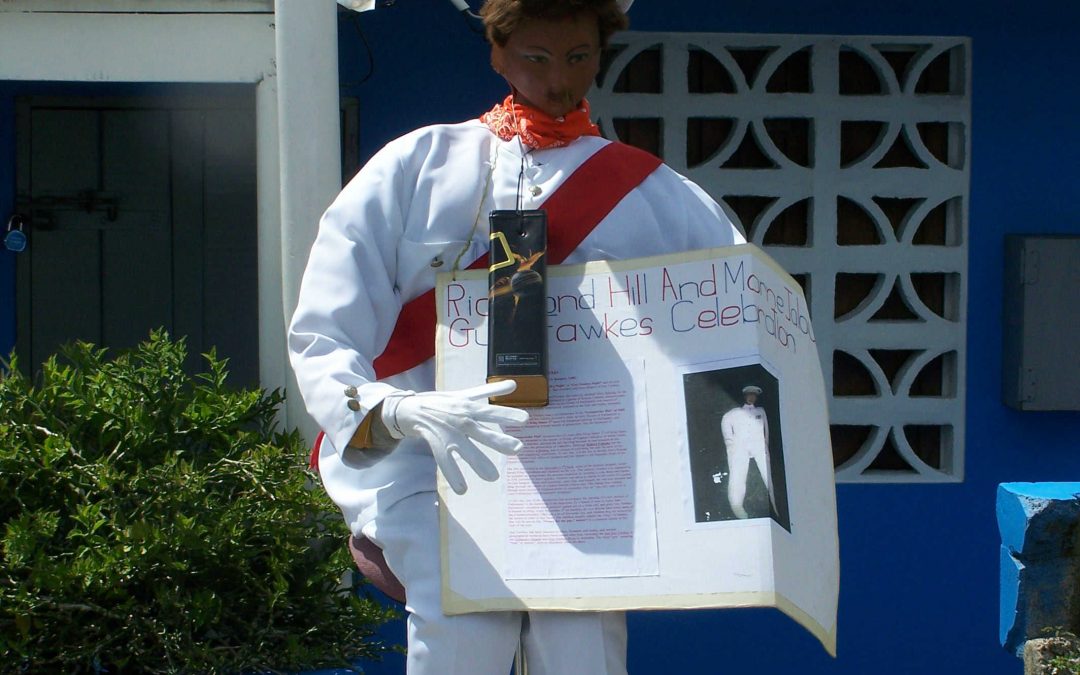 Four years before the first English people set short-lived foot on Grenada (near Megrin in present day Saint David), Guy ‘Guido’ Fawkes was caught red-handed with umpteen barrels of gunpowder, in a cellar underneath the English Parliament building. He was part of the infamous Gunpowder Plot to kill the King and as many parlimentarians as possible. He was sentenced to a traitor’s death: to be hung and disembowelled while still alive. He upset that notion by killing himself—jumping from the gallows and breaking his neck.

5 November, is celebrated annually in the United Kingdom; the effigy changing over the years from the pope, archbishop and the devil, to effigies of public personae non gratae. Gunpowder Treason Day, as it was then called, was exported by settlers to colonies around the world including the Caribbean. In Grenada—at least in Morne Jaloux, Saint George—the burning of the guy, known here as a ‘bobolee,’ accompanied by music, carousing and general feel-good activities is also an annual event, celebrated in full blown Grenadian way. Note that bobolee in this case does not mean a stupid person, but a judas.

Given that the plot had to do in part with lack of freedom of religion over 400 years ago, and that the original reason behind the observance was to celebrate the failure of the plot, and that Grenada was not permanently English/British until 1783, and that our main religions are Catholicism and Anglicanism—I wonder why is it still celebrated in Grenada at all? In 2009 (where has the time gone?) I interviewed George Ashton of Morne Jaloux. He told me the story of his Guy Fawkes bobolee and showed me the guy that would be subject to blows and general mistreatment. I noted the uniform was that of an officer of the Royal Grenada Police force (RGPF) and reserved comment. Happy for the commerce brought to the area, though.

The following year I spent 5 weeks in Washington DC, up to my nose in microfilm of old Grenada newspapers. Going through the files of the Equilibrium, years 1885-1887, I saw a note about the Guy Fawkes crisis. This was during Governor Sendall’s tenure—the same Sendall after whom the only tunnel in Grenada is named. Essentially that year was ‘remarkable for the unprecedented resort, on the part of the authorities, to Special Constables for the preservation of peace and order but which resulted in a directly opposite consequence.’

Sounds familiar. According to the article, 11 arrests were made in connection with the 5 November disturbance. Sentencing included hard labour and whippings. Exactly what constituted the disturbance, causing the police to be pelted with rocks, and the deputisation of some 500 respectable citizens over a 3-night spree? The passage of the Bonfire Act, and the resultant lock down of the masses’ traditional Fawkes bonfire free-for-all. But in the meantime, at least for this year’s observance, the RGPF have organised temporary traffic arrangements (and alerted the Fire Department) to allow for smooth festivities, hopefully sans disturbance.

Here in Feuersoey, there is probably not going to be any bonfires lit, except to keep warm. Guy Fawkes had nothing to do with Switzerland. It has been raining since last night, and this morning, across the road from the schoolhouse, the rain has become snow. The top half of the mountain and the houses there are covered in white; mere feet beneath it is still green. Rain, frost or snow, my work in the studio continues. 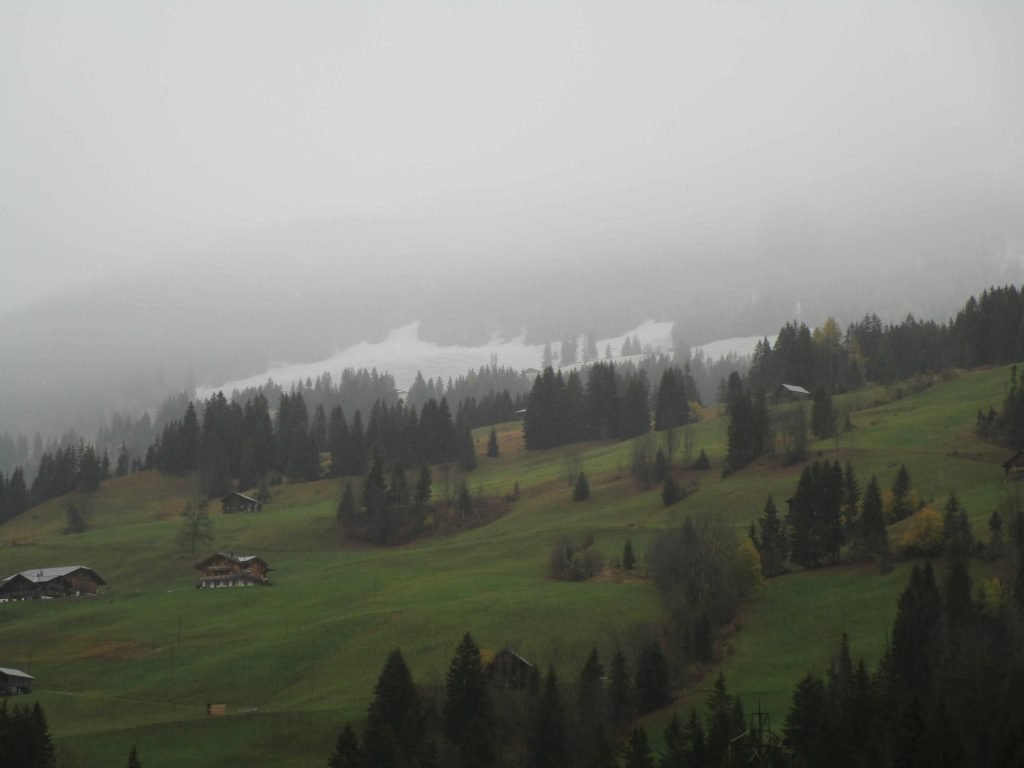 Please join me on this journey, and receive at the end, an original made-in-Switzerland-by me artwork of your very own. Of course, along the way, you get to follow my blog (online or via email), and see progress reports.

Visit my original blogpost with a Paypal link — and help yourself to an original painting made-in-Switzerland-by-me sent to you at the end of my residency. Thank you.

I will also provide updates about my journey on my blog as well as a special pdf diary of works in progress and extensive studio photos. BONUS: I’ll also send select digital images from my extensive Grenada Traditional Masquerade series, direct to your email address.

PS if the link does not work, OPEN IT IN YOUR BROWSER or please email me at artstung@gmail.com or inbox your email to https://www.facebook.com/artstungingrenada/ and I will email you a Paypal invoice. Thank you to my family, friends, OLD and NEW collectors of my work.